Fed takes a huge swing in a battle against inflation

The central bank concluded its June meeting by raising its fund rate by 75 basis points (0.75%) - its largest hike since 1994. 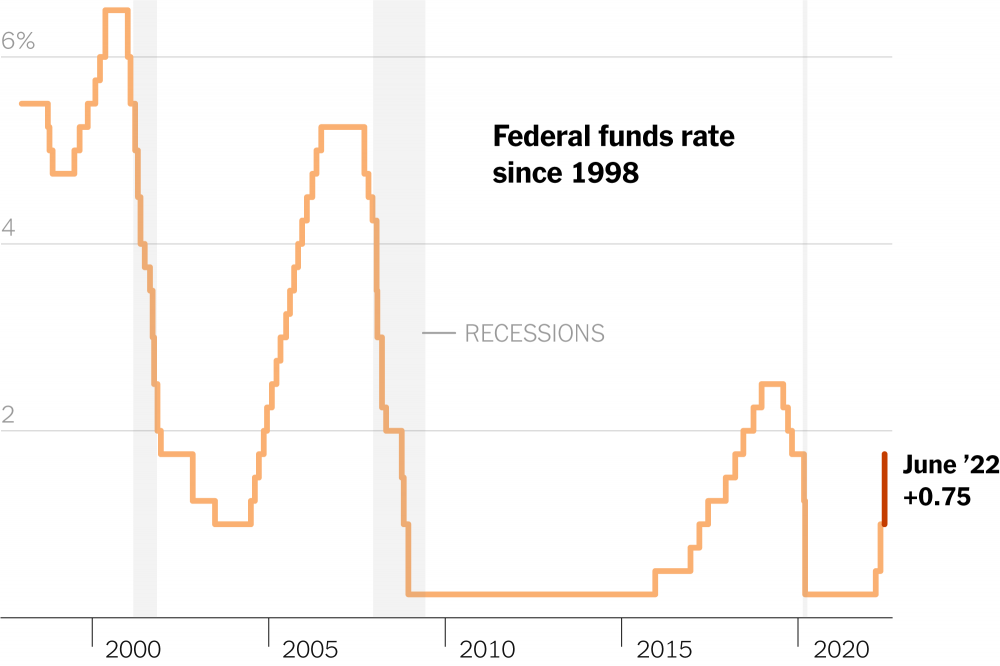 The unusually large rate hike came as data released after the first week of June showed U.S. inflation climbed to a four-decade high of 8.6% last month — a surprise jump that made financial markets jitter about how the Fed would respond. The Fed’s benchmark short-term rate, which affects many consumer and business loans, will now be pegged to a range of 1.5% to 1.75% — and Fed policymakers forecast a doubling of that range by year’s end.

“The federal funds rate, even after this move, is at 1.6%,” Powell said. “The committee is moving rates up expeditiously to more normal levels, and we came to the view that we’d like to do a little more front-end loading on that.”

The Dow Jones Industrial Average and S&P 500 both jumped higher by at least 1%, while the Nasdaq Composite rallied more than 2% as Chairman Jerome Powell indicated that another 0.75 percentage point rate hike could be possible in July. Investors cheered central bank officials taking a tougher stance on inflation.

Mike Loewengart at E*Trade from Morgan Stanley emphasized that more volatility will accompany the markets as they go through a changing monetary policy landscape. "We’ll likely continue to see volatility as the market digests the new norm. Sticking to your investment strategy during waves of volatility is a solid course of action -- aka don’t panic,” he said.