ECB to introduce another rate hike to combat the highest inflation in decades amidst the possibility of a recession. 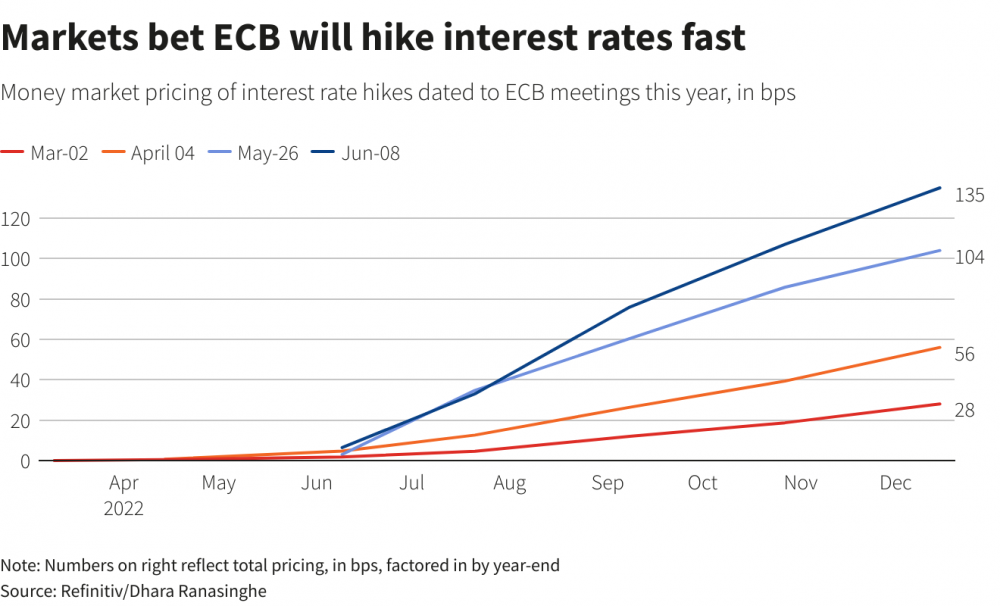 Euro-area economic activity has been on the decline for the second month now. Euro area annual inflation was 8.9 % in July 2022, up from 8.6 % in June 2022. The situation poses a dilemma for the European Central Bank, which is raising interest rates to combat the highest inflation in decades amidst uncertainty and the possibility of a recession.

According to S&P Global Market Intelligence, Q2 GDP data for Germany indicated 1.5% year-on-year growth (Q1: 3.6%), while the country's inflation hit 7.5% last month. Germany is particularly vulnerable on the energy front as it tries to wean itself off from dependence on Russian natural gas, while its shipments have dwindled following the war in Ukraine.

In France, GDP rose by 0.5% in the second quarter with inflation marking 6.1%. The government introduced an emergency support package worth €20bn, including tax cuts at petrol pumps, while capping an increase in regulated electricity prices.

In the UK, inflation is already above 10%, and the Bank of England forecasts inflation will peak above 13% in autumn absorbing the increase in energy costs, while the economy will face a prolonged recession.
In July European Central Bank increased interest rates for the first time in 11 years in an attempt to subdue escalating inflation in the eurozone. It pushed its benchmark rate up by 50 basis points straight, bringing its deposit rate to zero, and surprising investors who expected a smaller hike. The central bank’s inflation target is 2%.

Experts expect the ECB to raise rates by 50-75 basis points in September, followed by 25 basis-point increases in October and December. According to David Powell, a senior euro-area economist from Bloomberg, “The euro-area composite PMI suggests the economy of the monetary union is sliding toward recession under the weight of soaring energy costs, and the worst still probably lies ahead. However, Bloomberg Economies doesn’t think the economic weakness will deter the European Central Bank from pushing through another large interest rate increase in September”.

At the beginning of August HSBC economists predicted that decreased natural gas supplies and the resulting upswing in energy costs will push inflation higher beyond previous forecasts to reach its peak at 10% in October 2022, and the European Central Bank will stop raising interest rates after the end of 2022.