Fed Raises Rates By Half A Point 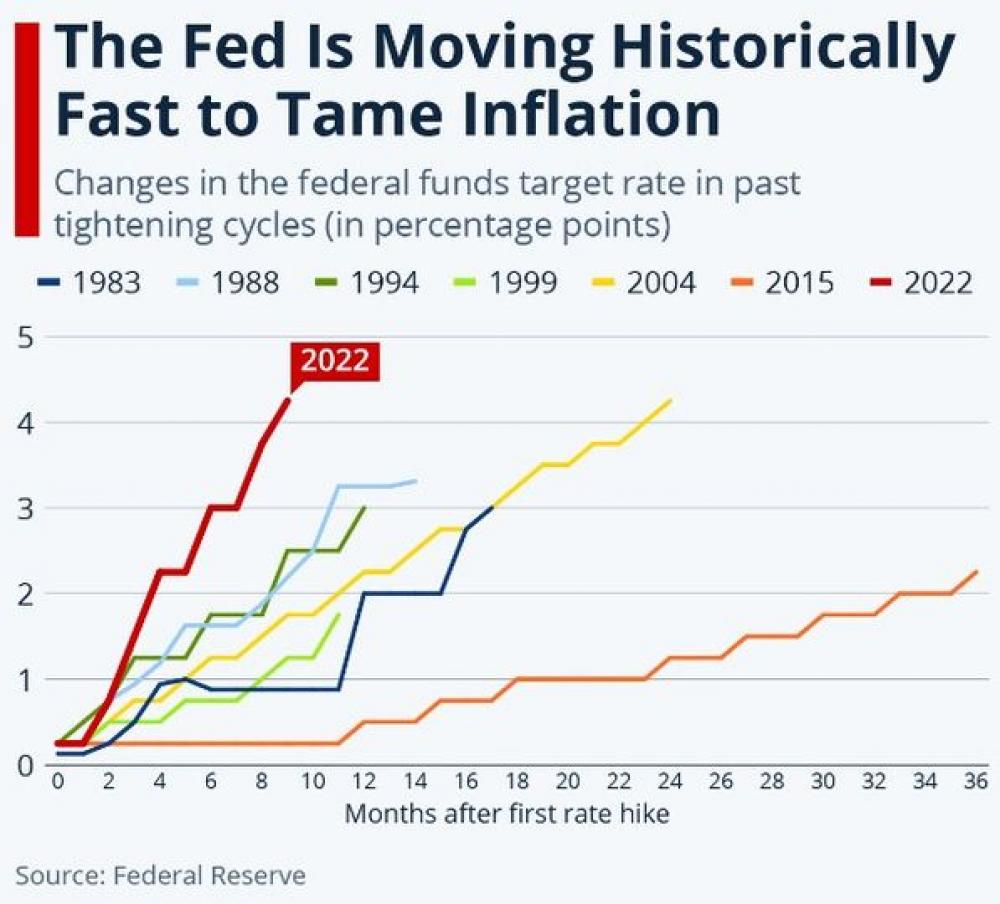 Wednesday's 50 basis point rate hike marked a slowdown from the Fed's pace of rate hikes, as the central bank had raised rates by 75 basis points at each of its past four policy meetings this year. The recent 50 basis point increase brings the rate to its highest since December 2007. It also marks the seventh consecutive rate hike for 2022.

"Over the course of the year, we have taken forceful actions to tighten the stance of monetary policy," Fed chair Jerome Powell said on Wednesday. "We have covered a lot of ground, and the full effects of our rapid tightening so far are yet to be felt. Even so, we have more work to do."

New economic forecasts from the Fed released on Wednesday indicate officials now anticipate benchmark interest rates to peak at 5.1% in 2023 and go down to 4.1% in 2024. The rapid rate increases are stabilizing prices and bringing down inflation. The latest Consumer Price of November Index showed 7.1, - the smallest 12-month increase since the period ending December 2021.

The European Central Bank and the Bank of England echoed the U.S. Fed in lifting interest rates up by 50 basis points Thursday morning. The BoE's hike pushed rates in the country to their highest since 2008.

The S&P 500 dropped 2.7% in midday trading, while the Dow Jones Industrial Average shed more than 850 points or 2.6%. The technology-heavy Nasdaq Composite tumbled more than 3%.