An expert’s opinion on inflation expectations and different paths for the financial market to adjust. 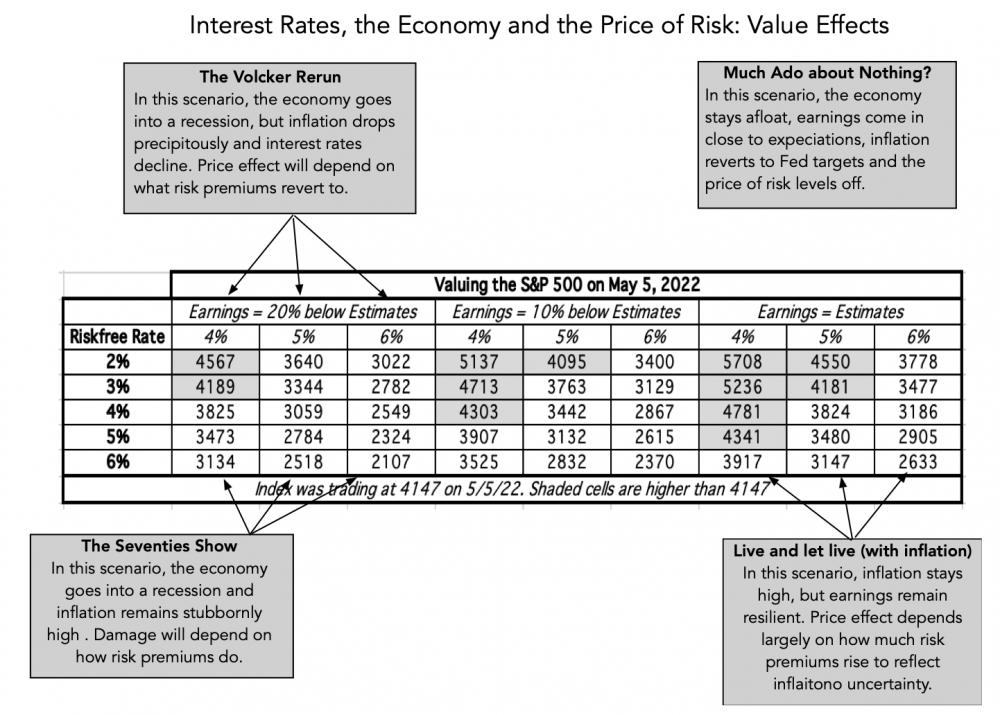 As the inflation fear hovers over markets, the worries of what may need to happen to the economy to bring the inflation back under control have also mounted. Almost every economic forecasting service has increased its assessed probability for a recession with varying degrees of depth and length.

Professor of Finance at the Stern School of Business at NYU Aswath Damodaran examines various scenarios that might unravel, factoring in the inflation, consensus view on rates, earnings, and risk premiums. The professor’s analysis includes scenarios ranging from optimistic to catastrophic.

At one end of the spectrum, in the most benign scenario, which he titles as Much Ado about Nothing, inflation turns out to be transient, fears of economic collapse are overstated and the equity risk premium reverts back to historic norms, and the market looks undervalued, perhaps even significantly so.

At the other end, in perhaps the most malignant scenario, titled The Seventies Show, inflation continues to rise, even as the economy goes into recession and risk premiums spike, leading to a further correction of close to 50% in the market.

In the middle, the Volcker rerun, Jerome Powell discovers his inner central banking self, cracks down on inflation, and wins, but does so by pushing the company into a deep recession, making himself extremely unpopular with politicians up for election and the unemployed.

There is a fourth possibility called Live and let live (with inflation), where investors and consumers accept a higher inflation world, with its costs and consequences, as the price to pay to keep the economy going.

To read more about the expert’s stand on inflation expectations and the different paths the economy can end up on, follow the link: https://aswathdamodaran.blogspot.com/2022/05/in-search-of-steady-state-inflation.html?